In 2008 PLCopen released Part 4 of the Motion Control suite of specifications, dealing with coordinated motion, i.c. robotics. Basically, with this specification one can control a robot in the PLC or one can see it as an interface to a robotic controller, which will do the calculations and movements of the joints.

Especially for this last option we received feedback from robotics companies with specific requirements, which resulted in a Corrigendum and the basis for Version 2.0 of this specification.

Siemens went one step further with the release of their SIMATIC Robot Library. For this purpose, Siemens extended Part 4 with the knowledge from the community of robot suppliers, as many of them were involved. The extensions add the configuration section as well as additional functionalities. And from a networking perspective it is open, so not limited to Profinet only. Also, we want to make sure that it supports many different kinematic models.

Siemens offered their Robot Library to PLCopen, which gives us the opportunity to update the interface of Part 4, esp. on the controller side.  In this way it can easily be coupled to robot controllers of the different robot suppliers.

Contact PLCopen if you want to be part of this activity. 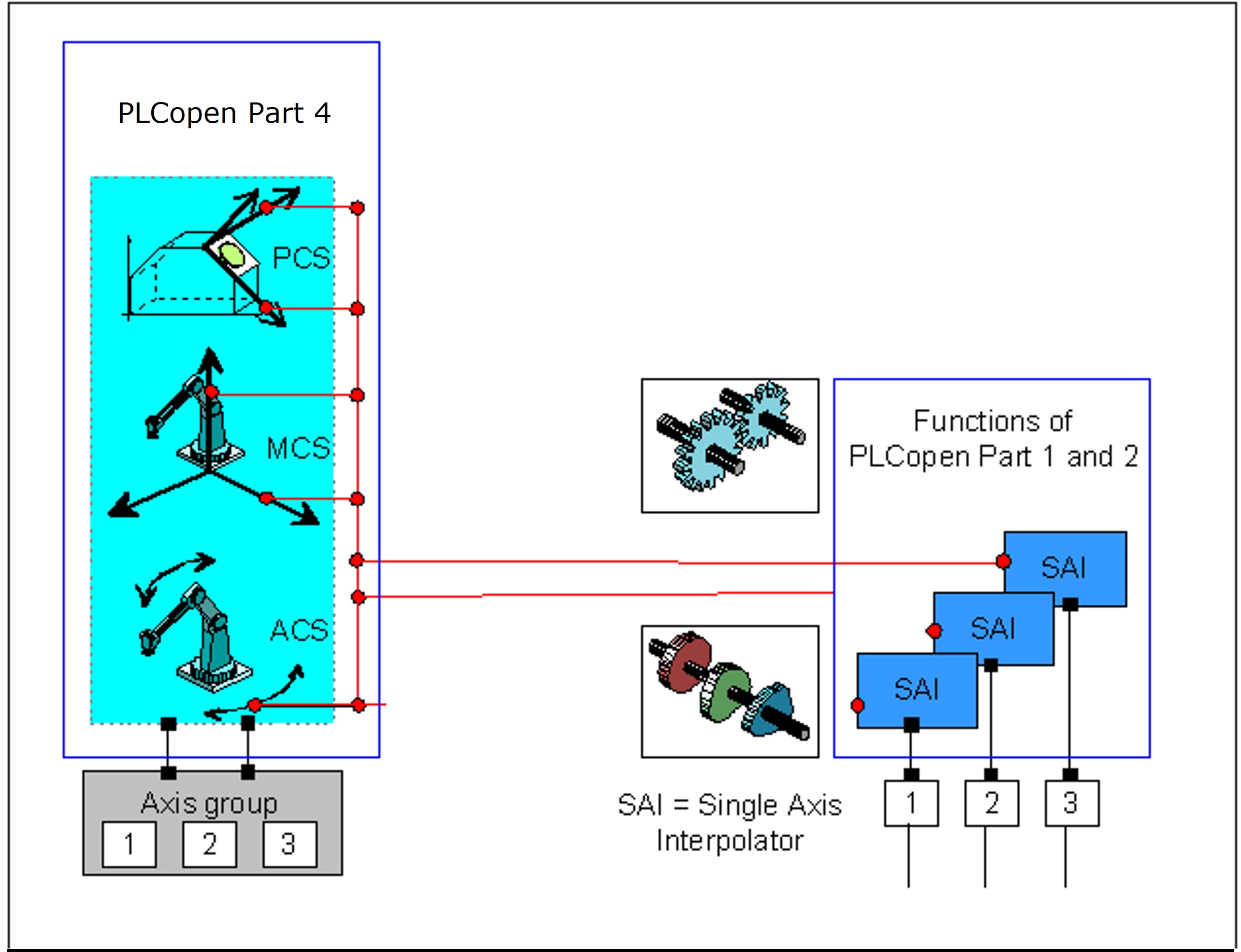 Overview of the different parts of PLCopen Motion Control